The Indian Premier League (IPL) has given Indian cricket a slew of new stars. Many uncapped players have attracted the interest of the cricket world in IPL 2021, as they did in nearly every previous IPL season. Some of them have even outperformed their more senior colleagues and were surprise hits in IPL 2021.

In this article, we look at some super hit players which came as a surprise in IPL 2021.

Harshal Patel of the Royal Challengers Bangalore (RCB) is the leading wicket-taker in IPL 2021. This season, the right-arm bowler has 32 wickets in 15 matches. Patel has a five-wicket haul to his credit, as well as a four-wicket haul. Harshal’s current pay in IPL 2021 is 20 lakh, which few people are aware of. It wouldn’t surprise me if he made crores next year.

Ruturaj Gaikwad has emerged as a new start for Chennai Super Kings this season. We saw flashes of his greatness last year, but IPL 2021 has shown his real talent. Ruturaj Gaikwad, who focuses heavily on timing, dazzled everyone with his variety of strokes. He may not be able to hit huge sixes, but he has what it takes to win in the shorter format. This year, Ruturaj Gaikwad has put together some fantastic opening partnerships with Faf du Plessis, laying the groundwork for other batsmen to capitalize on similar starts.

Venkatesh Iyer is one of the players who has played a key part in ensuring KKR’s place in the IPL 2021 playoffs. Iyer made his Kolkata Knight Riders debut against Royal Challengers Bangalore, announcing himself on the big stage with a blistering 41 off only 27 balls, and he has not looked back since. Iyer has the ability to score big with the bat and also bowl a few medium-pace overs. He is likely to be among the most expensive players in the IPL next year since he can fit into any side.

Arshdeep Singh of the Punjab Kings had a spectacular IPL 2021 season and might soon be knocking on the selectors’ doors for a spot in Team India’s limited-overs team. Arshdeep was one of the best bowlers in the tournament’s 2021 edition. For Punjab Kings, he forged a strong partnership with experienced Indian bowler Mohammed Shami and delivered in a number of high-pressure moments for skipper KL Rahul. The 22-year-old is someone to keep an eye on in the future. 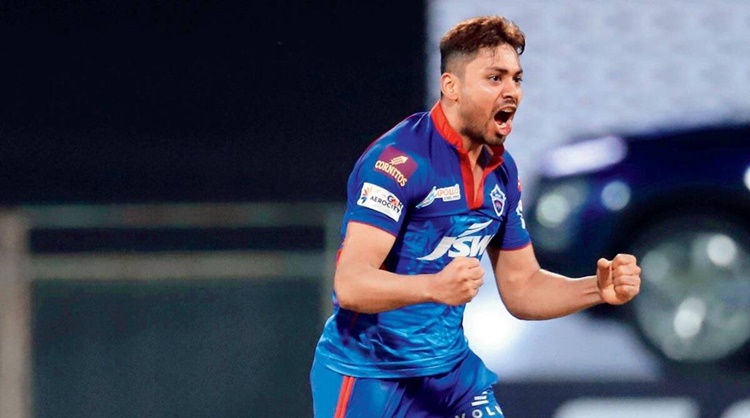 Avesh Khan of the Delhi Capitals (DC) is another uncapped Indian bowler who has excelled in the IPL 2021. On the IPL 2021 Purple Cap leaderboard, he is only one place behind Harshal Patel. The right-arm fast bowler has had a fantastic season with the ball, taking 23 wickets in just 15 matches at an economy rate of 7.50. Despite the presence of Rabada and Nortje in the team’s ranks, he has been skipper Rishabh Pant’s go-to guy for Delhi Capitals this season.

Read More: 5 Reasons Why Appointing AB de Villiers as Mentor Is a Masterstroke