Real Madrid, the greatest club of the century, has featured a bunch of great players over the years. Being at the top level for so many years is not easy and Los Blancos have displayed their dominance in European football.

13-time champions of the European Cup/Champions League. The best club of Spain and the world, has seen generational players in their side. They started the trend of building a squad full of elite players. Under the reign of Fiorentina Perez, they built the ‘Galactico’. A squad is full of top-level players. A new big name is signed every year to strengthen and bolster the team.

With a bunch of talents in the squad come a bunch of goals. Being at the top requires you to both score and defend goals. So today we’re going to look at seven players with maximum goals for Real Madrid:

Former footballer and manager, regarded as the greatest Mexican footballer of all time. Sanchez was voted as the 26th best football player of the 20th century in 1999 by the International Federation of Football History and Statistics. He was also named in FIFA 100 list of the world’s greatest living players in 2004.

Hugo Sanchez ranks at number 7 at all-time Real Madrid top scorers. Imagine the competition at the club. The history this club has is like no other. After having so many accolades to his name he is just 7th in the rankings. Sanchez won five consecutive league titles from 1985 to 1990 with the club. He scored 193 in his 7-year span at the club and was a straight transfer from the rivals, Atletico Madrid.

The greatest player in Hungarian history scored 84 goals in 85 appearances for Hungary. Puskas is widely considered the first greatest international star. He has 519 goals in 529 matches in Spain and Hungarian leagues.

He also won the Olympic Gold in 1952 and subsequently led his nation to the FIFA World Cup Final in 154. The Hungarian won three European Championships while at his time in Spain. The forward was recognized as the greatest top division scorer of the 20th century in 1999. Puskas only played with two clubs all his life, starting with Budapest Honved and moving to Real Madrid later in his career.

In Spain, Puskas won four Pichichis (league top scorer), he also scored 7 goals in 2 European Cup Finals. He was such a prolific scorer that in 2009, FIFA decided to introduce a FIFA Puskas Award, for the player who scored the best goal in a season. The Hungarian scored 195 goals in 223 appearances for the Spanish club.

Carlos Alonso Gonzalez commonly known as Santillana, a former Real Madrid player and a Spanish international. Santillana moved to the Los Blancos in 1971 along with his teammate Francisco Aguilar from his boyhood club Racing de Santander.

He won in total, nine league trophies at the club, along with four Copa Del Ray trophies and two back-to-back UEFA Cups. The Spanish striker scored in both the UEFA Cup finals and led his side to victory. With a tally of 244 goals to his name, the attacker is the fifth-highest scoring player in the club’s history. Although he never won a Pichichi in his life still his name goes down in the history of the club.

Now as the list progresses bigger names are starting to line up, and what bigger name than Alfredo Di Stefano. Nicknamed ‘Saeta Rubia’ (blond arrow), the Argentine-born attacker definitely had the eye for goal. He was a perfect forward and could play anywhere on the field, he had a vision, creativity, great stamina, tactical versatility, and what not.

He also was the manager of the club on two different occasions, from 1982-84 and 1990-91. Di Stefano was part of the team in their five victories in the European Cup and also scored in all the finals.

There is also a stadium named after him, Alfredo Di Stefano Stadium owner by the club. It is mainly for Real Madrid Castilla but nowadays Real have been playing their matches in it since the pandemic. The Argentine has 266 goals to his name and is the fourth top scorer in club history. 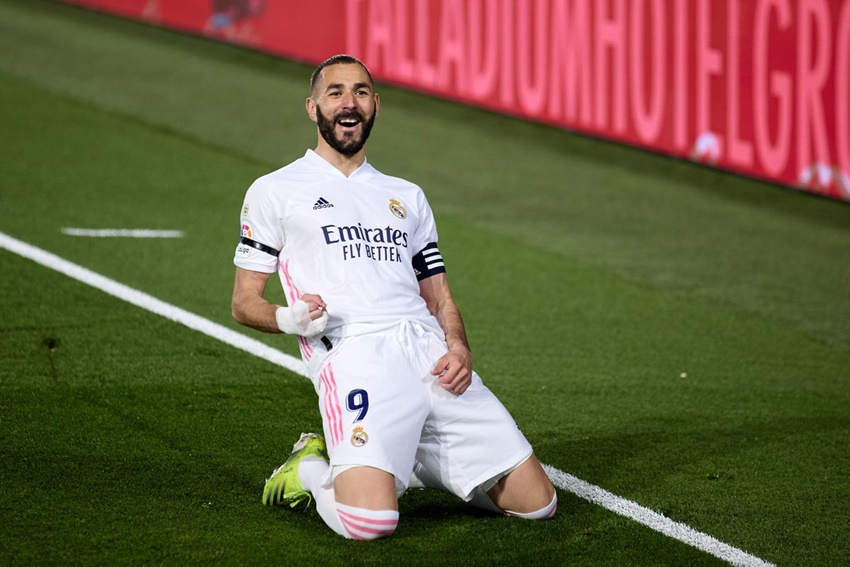 One of the most underrated and most reliable players in this century for the club. Already a goal scorer for his club Lyon, the Frenchmen didn’t take long to settle in. Madrid has tried to replace the void of Cristiano Ronaldo with the signings of Eden Hazard, Luka Jovic and few other forwards but till date are dependent on Benzema.

Benzema has had a very successful career in Spain and has won the league three times. He has also played an influential part in the clubs success in Europe, as they won 4 Champions League titles in five years. The Frenchman is the only active top scorer in this list. His iconic goal against Atletico Madrid will always be remembered by the fans.

The former Lyon man has 279 goals to his name and is the third top scorer in the club’s history. He can still reach the second spot if he plays at the top level for a few more years.

Spanish legend and the club legend came from the youth ranks, Raul was one of the greatest players the club has ever seen. The second top scorer of the club holds the most appearances with the club (741). Raul has won six league titles, three UEFA Champions League titles, in which he scored in two of the finals.

He became the captain of the club in 2003 and remained the captain until he left the club in 2010. The Spanish attacker is the fifth highest goal scorer in the league history and the fourth-highest in the Champions League. He has 324 goals to his name. 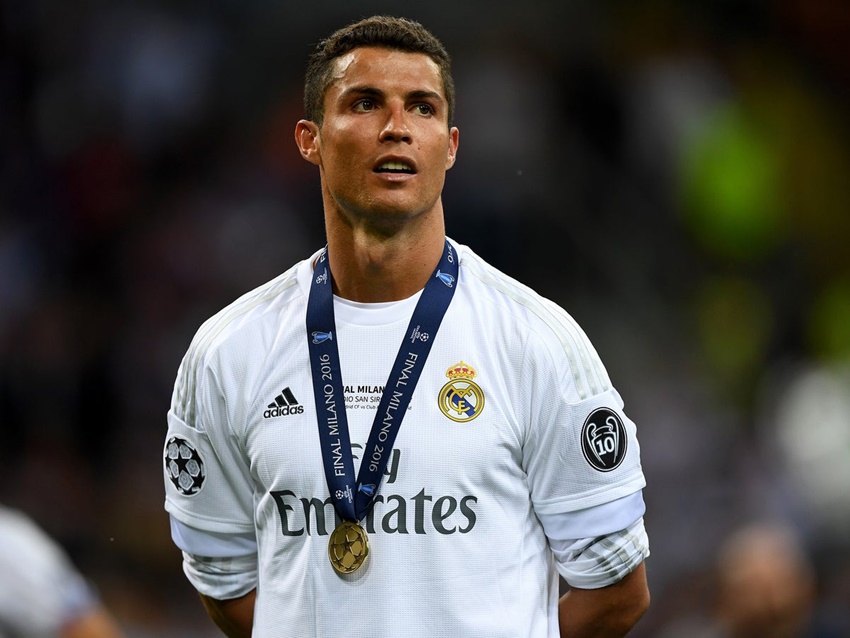 Was there any doubt? Arguably the greatest player of all time. Neck to neck with Lionel Messi. Going hard even at 36 years old, Ronaldo has proved that he is a beast. The Portuguese have won the top scorer award in three different leagues, Premier League, La Liga, and Serie A. He is the only football player in the world to do so.

Cristiano is also tied for the most goals at the international level, with 109 goals tied with Ali Daei of Iran. He also has five Ballon d’Or to his name only one short of Lionel Messi. Ronaldo also has four European Golden Shoes, most by any player in Europe. He was the king of Real Madrid and created a legacy at the club. Ronaldo was the main reason the club won four Champions League titles in five years.

Being a goal-scoring machine the Portuguese captain is the all-time leading top scorer for the club. With 450 goals in 438 appearances, he leads the tally for the best club in the century.