WATCH: When Lionel Messi And Kobe Bryant Went Wild On ‘The Ad Of The Decade’

Kobe Bryant and Lionel Messi. There are very few fans of sports who are unknown about these two names. Both the players have carved their names in gold while performing at the highest level in their respective sporting arenas. While Kobe was one of the biggest stars to represent the NBA, Messi is nothing less than a legend in football. There is a connection between the two as well.

In 2018, the two superstars came together to feature in the same advertisement, where they were trying to impress a little fan by showcasing their individual skills. It was a funny ad presented by Turkish Airlines, a brand that both the players used to endorse.

However, we will never get to see them featuring anywhere ever again as Kobe Bryant left us a year ago in an unfortunate accident. He and her daughter Gigi Bryant were killed in a helicopter crash in the USA, which was a shock for millions of sports followers around the globe. It goes without saying the Kobe had a lot more to give to the sporting world and he will always be remembered as one of the greatest sportsmen to grace the sporting arena. 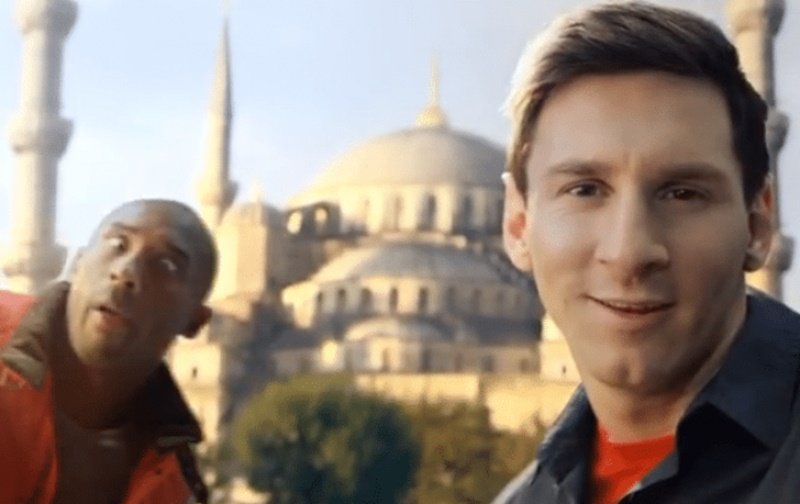 Kobe started off his professional career in NBA in 1996 when he was picked up by Los Angeles Lakers and continued to play for them throughout his career. This is another similarity that both Messi and Kobe have. They played for a single team throughout their career. Messi started his career in Barcelona and is yet to change his club.

However, speculations are rife that the Argentine player might switch allegiance in the next season with a lot going on at the Catalan club that is not suiting the little magician. It goes without saying that if the move materializes, it will be absolutely heartbreaking for the fans of Barcelona.

The legendary basketball player, on the other hand, played his last game in NBA during the 2015-16 season. He was included in the NBA All-Star team for a staggering 18 times and never missed out of the team even once between 2000-2016. He was awarded the Most Valuable Player in 2008 and won the award 4 times in the NBA All-Star games that he had featured in. The numbers 8 and 24 that he used to wear while playing for the LA Lakers were retired by the team to pay homage to one of the greatest players that the game of basketball has ever seen.

Messi has had an incredible career with Barcelona and has won almost every accolade while playing for the Blaugrana. He won the treble twice with Barcelona, which makes them the first of the two teams to have achieved this incredible feat (Bayern Munich is the second team to do so). In 2012, he became the first player to score 50 goals in a single season in La Liga. He has also won the Balon d’Or six times in his career so far, which is the most number of times that a single player has won this accolade, beating his arch-nemesis Cristiano Ronaldo, who has won five till now.

From the above analysis, we can come to the conclusion that both Kobe and Messi are two of the greatest players of their generation and we are lucky to see them performing at their best during our lifetime. Though it is a misfortune that we will never see Kobe plying his trade again ever, we hope that Messi continues weaving the magic of his footwork for several more years in the future before calling it a day on his career.