On Thursday, the Los Angeles Lakers and LeBron James were eliminated in Game 6 of their first-round playoff series against the Phoenix Suns, who were seeded second. It’s the first postseason series victory for the Suns since 2010. It’s also the first time the Suns have reached the playoff since 2010. Devin Booker had a fantastic night with 47 points, while LeBron had 29. The Los Angeles Lakers’ chances of repeating as NBA champions were dashed with the series loss, as Anthony Davis could barely move.

The Suns led by as many as 29 points in the first half, tearing away a Los Angeles defense that had been ranked #1 in the league in terms of efficiency before the playoffs. Even so, the defending champions, led by LeBron James’ 29 points, 9 rebounds, and 7 assists in 41 minutes, managed to keep it interesting. With the win, the Suns move to the Western Conference semifinals, where they will face the Denver Nuggets. The Denver Nuggets advanced out of their first-round series against the Portland Trail Blazers with a win on Friday night.

James, who made NBA history by becoming the first player to win the Finals MVP with three different teams last season, finished his 2020-21 season with notable personal history. It was his first loss in 15 trips to the opening round of the tournament. LeBron James had never lost a first-round playoff series in his 18 years in the NBA until tonight. He’s now 14-1 in his career. 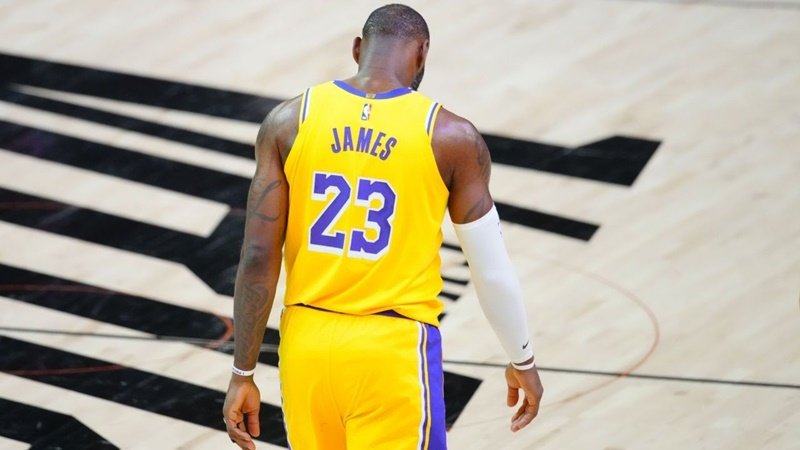 James faced an uphill battle in this game that he had never encountered before in his career. This was the first time his club had ever lost a first-round series going into Game 6. This was also the 1st time in his career that his club had lost two games in a row in the first round. The Lakers had led the series 2-1 before dropping the next three games. Since entering the NBA in 2003, James has only missed the playoffs three times and has advanced to the NBA Finals ten times. James set a league record for most postseason games played in a career last season.

Here we take a look a the reasons why LeBron’s legacy will not be affected after this loss.

LeBron James worked his way back from an ankle injury that kept him out for more than a third of the season. Since hurting his right high ankle sprain over two months ago, he has been in discomfort. LeBron James, on the other hand, has pledged to fight through his illness. Despite the injuries, LeBron came in clutch in the play-in game against Golden State Warriors. James is still so good, that 2nd seeded Suns were called underdogs ahead of the series between the two sides. A fit LeBron James would have changed the result of the series surely. Despite the loss, James still has it in him and will be looking to bounce back in the coming season.

Teammates failed to step up for LeBron

LeBron James and Anthony Davis were injured for the most part of the season and couldn’t help the Lakers finish in the top 6. However, LeBron’s teammates failed to step up on various occasions when he needed them the most. The Lakers will now be looking to rebuild their squad for the next season if they want to contend for the title again. They will be looking for players who can complement James and Davis and contribute significantly.

The playoffs are always significant for any athlete. However, LeBron James’ scenario differs from that of most players. He has a significant legacy to uphold

LeBron has been a part of the playoffs 15 times in his career and has missed the postseason on just three occasions. In those 15 times, James has lost just once, tonight against the Suns. Will his legacy be tarnished as a result of his death? It shouldn’t mean much in general, but it will to the general population. The 2020/21 NBA season has been a season to forget for LeBron. He has managed more than 25 points per game this season despite missing so many games due to the injury. James is still in top form and with the right business, the Lakers can rebuild a championship-winning squad next season.