5 Reasons why the Los Angeles Lakers failed this season

Following a 113-100 victory in Game 6 on Friday night, the Phoenix Suns defeated the defending champions, the Los Angeles Lakers, in their best-of-seven series. In the first six minutes, Anthony Davis was forced to leave the court. While the Lakers dealt with their own injury concerns, the Suns took advantage of the situation, with Devin Booker leading all scorers with 47 points to ensure Phoenix would defeat their opponent in the Western Conference playoffs’ first round.

This was the first time in NBA playoff history that a team led by LeBron James had been eliminated in the first round. With the win, the Suns move to the Western Conference semifinals, where they will face the Denver Nuggets. The defending champions crashed out of the tournament in the first round itself. 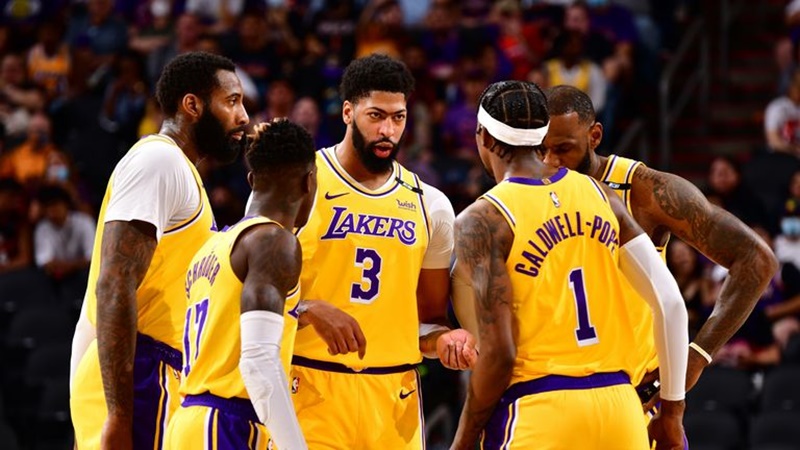 So, what really happened with the Lakers this season, and why they failed? Let’s check out.

Injuries in the regular season

When healthy, the Lakers were the best team in the league… but they weren’t healthy. They were unable to defend their NBA title owing to a slew of ailments that wrecked their season. With James and fellow All-Star Anthony Davis returning from ankle and groyne injuries, the Lakers were anticipated to make a strong run in the playoffs. However, Davis only lasted less than six minutes on Thursday. Due to an ankle sprain, LeBron James missed the final months of the regular season. In reality, the Lakers suffered 156 injuries to various members of their team.

For the two teams that participate in the NBA Finals, a typical summer lasts approximately 3.5 months. The finals usually take place in mid to late June. Training camp for the following season usually begins at the end of September and lasts until mid-October, when the regular season begins. In a season, the finals teams play around 100 matches. Players need to unwind after all of their hard efforts. They require a true offseason to rest, relax, recover, and recharge in preparation for the next 8.5-month professional basketball cycle.

With the Dec. 22 start date, which was accompanied by training camp beginning in early December 2020, the Lakers and the Miami Heat did not acquire such accommodation. On October 11, the 2020 finals between the Lakers and the Heat came to a close. Additionally, NBA had a tight schedule as almost every team used to play without their top 3-4 players in the regular season. No wonder, both finalists crashed out of the championship in the first round itself.

Another reason the Lakers were unable to retain their title was Davis’ inability to stay healthy. He’ll have to get in shape to match his $190 million contracts. It doesn’t appear that whatever he’s been doing in the offseason is working. His workout routine is definitely inadequate. His lanky body is clearly unsuitable for a full NBA season. Perhaps he requires new voices. Perhaps the Lakers require greater participation. Additionally, Davis doesn’t appear to understand the gravity of the situation, which is concerning.

The Lakers had a lot of injuries and due to this, they weren’t able to perform 100%. But they didn’t have players who could step up in the absence of Davis and LeBron. The squad didn’t complement each other. The truth is more complicated, the reality is bleaker, and the future is incredibly uncertain. The Lakers fell apart because they were built around one flimsy star, an aging star, and a jumble of supporting pieces that never quite fit together. They were unable to defend their title because Davis is unable to remain healthy, James can no longer carry the team alone, and the front staff made numerous errors.

The Lakers management knew their top players are injured but despite that, these players continued to play at risk. Anthony Davis appeared in the last game for five minutes. They weren’t your normal Anthony Davis five minutes of basketball. Davis found it difficult to move from side to side. He lacked the explosiveness and offensive prowess that a fit AD brings to the table. When he walked away after five minutes, it appeared that he was unable to overcome the suffering he was already experiencing. To avoid elimination, the Lakers needed to win two games, then 12 more to repeat as champions. How could the Lakers have predicted that he would make it through the playoffs? Davis has a long-term deal, therefore management made a mistake by exposing him to a long ailment.