Drew McIntyre, The Scottish Psychopath, is one of the most prominent superstars in the WWE Universe. Whenever he makes his way to the ring, there is always a loud pop-up. His storyline with Bobby Lashly was one of the most viewed storylines ever at Monday Night RAW.

Drew McIntyre said fans had issues with Jinder’s title reign mainly because it came out of the blue. Drew pointed out that there was no buildup when Jinder was thrust into the championship picture. 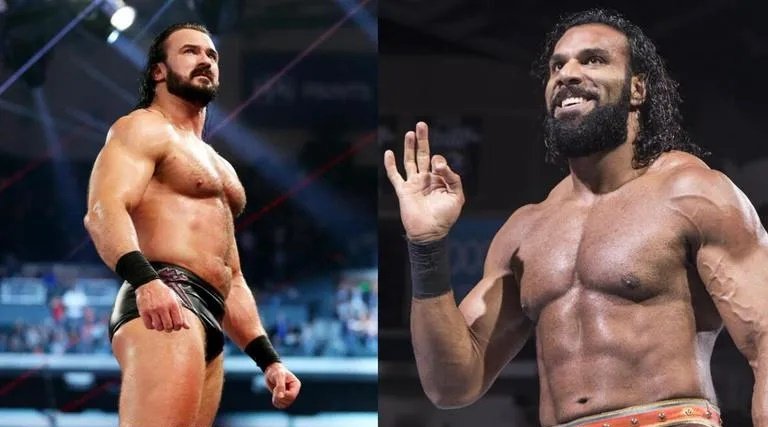 The former WWE Champion detailed that while the two men had similar stories, Drew’s storyline had a proper build that included a Royal Rumble win:

“I think a lot of [the fans’ issues] came because [the title win] just came out of nowhere. It wasn’t like myself. There was no build to that big moment and telling the story and history. He has a similar story, the exact same story actually when it comes to getting fired, but the position he was in at the time, it was just kind of hot shotted and I think that’s why people were kind of negative. I think he did a great job with the opportunity that was presented. Perhaps low on experience at the time, but still, in my opinion, whatever he was asked, he did to the best of his abilities.” said McIntyre.

Drew McIntyre and Jinder Mahal have a storied history together. They had formed an entertaining stable known as 3MB with Heath Slater. However, both men were released from their WWE contracts back in 2014. Since then, it has been a long road for both men working in the independent circuit and then getting re-signed to the company.

During the interview, Drew McIntyre also did a deep dive into Mahal’s mindset. He compared the contrasting reactions the two men got when they won the WWE Championship. While Drew was universally praised, Jinder Mahal was resented almost immediately by fans. Drew stated that the fans’ reactions may have felt like a slap across the face to Jinder Mahal.

Drew McIntyre closed out the discussion by saying that the similar paths he and Jinder followed to WWE gold made for a compelling storyline. The two men are currently locked in a bitter rivalry and Drew believes the backstory has added more intrigue and fervor to the inevitable matchup at SummerSlam.