This week’s RAW ended with a face-to-face segment featuring Goldberg and Bobby Lashley. The former Universal Champion speared Lashley and celebrated with his son to conclude the red brand’s final episode before SummerSlam.

Vince Russo and Dr. Chris Featherstone reviewed the latest RAW episode at Legion of RAW recently and the WWE veteran spoke about the performance of Goldberg’s son, Gage. 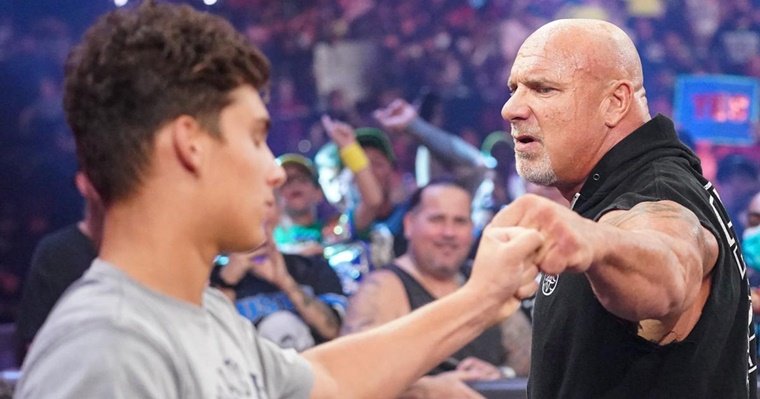 Russo said Gage didn’t have the acting chops and was lost when the cameras panned on him. He added that Gage might not have inherited the “wrestling blood” from his father as he didn’t look all that comfortable on RAW.

Here’s what Vince Russo stated on Legion of RAW:

“It’s funny there, bro because the kid is scared to death. He is not like his dad. Like, he doesn’t know what to do out there. He doesn’t know how to act. He looks like a deer in a headlights, and I was just watching the show. I mean, he is only just 15 years old. Don’t get me wrong, but I was like, ‘I don’t know, I don’t know if he has got his dad’s wrestling blood in him because he doesn’t really quite know what to do, you know,”

Gage has undergone a phenomenal physical transformation since fans saw him at a few WWE shows in 2016. Goldberg Jr. seems to be following his father’s rigorous fitness regime. As for his legendary father, Goldberg is slated to face Bobby Lashley for the WWE Championship at SummerSlam, which will take place this Saturday.